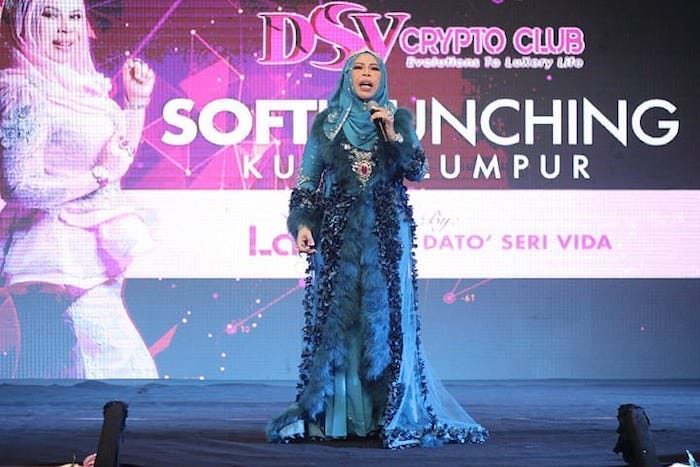 In a short statement issued today, the SC said it is reviewing all information on a white paper for the initial coin offering of LaVida Coin to determine if any laws were broken.

The SC advises investors to exercise due diligence and be cautious of the risks of participating in any investment schemes, in particular schemes involving cryptocurrencies and digital tokens.

According to the white paper, the expected US$1.5 billion (RM6.15 billion) to be raised from the issuance of LaVida Coin is meant to fund three projects, including a new payment gateway named LaVida Pay.

Besides LaVida Pay (US$100 million), there are also plans for a new online entertainment channel with an entrepreneurial focus (US$1 billion) and a non-profit-making construction project to build a Muslim community hub, centred on a new mosque (US$400 million).

LaVida Coin is currently in the “pre-mine stage” which runs for six months from August 2018 to February 2019. Once completed, the LaVida Coin blockchain will be open to cryptocurrency miners.

Based on a timeline published on the website, LaVida Pay will be released in October while the development of the entertainment channel will begin in December. The launch of the channel TV is expected in July 2019.

The white paper states that the entertainment channel will use blockchain technology for data storage while the payment gateway will use blockchain for storing financial records securely and the mosque complex could potentially allow cryptocurrency to be used for real-world purchases.

“Furthermore, the launch of LaVida Coin that will be embedded within the LaVida blockchain opens up investment possibilities for pre-mine investors and cryptocurrency miners going forward. The latter enables LaVida Coin to be inducted into the cryptocurrency landscape as a valid coin, with its own proof of works value and exchange rate.

“The funding campaign will be offered to private investors as a way to procure a stake in what we hope will be a profitable and sustainable new business. Multiple revenue streams will be unlocked, as well as a number of investment avenues opened up, including the mining of the new cryptocurrency,” it added.